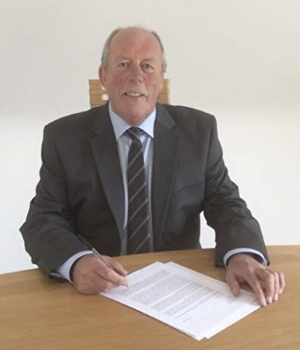 Michael was brought up in a two-bedroom council house in Whitchurch, a small village just outside Cardiff which has now been swallowed up by the city itself.

After a stint babysitting Shirley Bassey in return for pie and chips as a youngster, Michael started his working life alongside fellow dockers at the infamous Tiger Bay in Cardiff.

The tales of how rough it was are all true – he was nearly stabbed on his first day on the dry docks but was saved at the last minute when two dockers grabbed his would-be assailant.

Early on he was seen as management material because of his ability to sort out the shop floor before a full-scale riot broke out.

Having survived Tiger Bay he landed a job in London when the docks went on a three-day week and ditched the hammer and chisels for a computer.

Alan Sugar was bringing in his new Amstrad computers and phones while Michael was working for a freight company who handled their transportation from China.

“Mr Alan Sugar (no Sir at the time) offered me a job but I declined,” said Michael. “I had also been offered a job in Hamburg at the same time and I plumped for that… wonder if it’s too late to ask for a quarter of a million pounds off him as back payment?”

It started with an MFI desk…

His main skills came to the fore when he started Richards Gray from the back bedroom of his house along with his wife Patricia. For the older DIY generation, the company started with an MFI desk. The first type of flat pack self-assembly item that was ever produced and still has an awful reputation so many years later.

Money was extremely tight in those first start up years.  The first month’s turnover was £20, this doubled to £40 the next month, pretty impressive growth even for a stock market analyst!

Unfortunately, it then flat lined from these heady heights due to the onslaught of what could be seen as the worst recession ever. That was until we had the next one.

Mortgage interests rates hit 18% in the third week of September 1988. That headline figure only lasted for a day but it only dropped by half a percent the next day and remained at double figures for the next ten years. The whole country suffered badly with people not only losing their jobs but their homes and their existence. Suicides were becoming daily headlines in the media.

Richards Gray was one of the lucky survivors of this recession. It weathered the storm and by year five was employing twenty people and had moved from the back bedroom down to a starter unit at the railway industrial estate in Twyford. Within walking distance of the house.

Michael, through his love of sport, in particular rugby, was a member of Henley Rugby Club. The club became a great source for recruiting staff, and of the first twenty staff employed they were all related to the Rugby club in some way. Be they players, wives, partners – they all enjoyed the same spirit of comradeship associated with sport.

As with all business in growth mode, cash flow was king and unfortunately the legal profession were not the greatest payers or the most accurate in their bookkeeping.

Richards Gray had to diversify, and quickly. A deal was done with Arthur Anderson to provide company information direct from Companies House.

The start of the information superhighway

It was the start of the Information superhighway for commercial businesses – there was no internet, everything was done by post. Telex was making a play for digital information, albeit printing onto carbon paper, but it was like a typewriter being driven by two coconuts, one at either end.

So, Michael decided to offer a same day service to provide information that would be available within twelve hours and hand delivered.

Arthur Anderson were the first to benefit from this service, but this was the very clever bit. Michael negotiated a seven-day payment period with them. It was the saving grace for Richards Gray and provided the company with the financial muscle to arrange far better financial deals with the banks and more importantly it ensured everyone got their wages paid on time.

News of this new service grew and Lease and Finance were the next to benefit from it. The same financial payment terms were agreed and cash flow was looking very positive at Richards Gray. 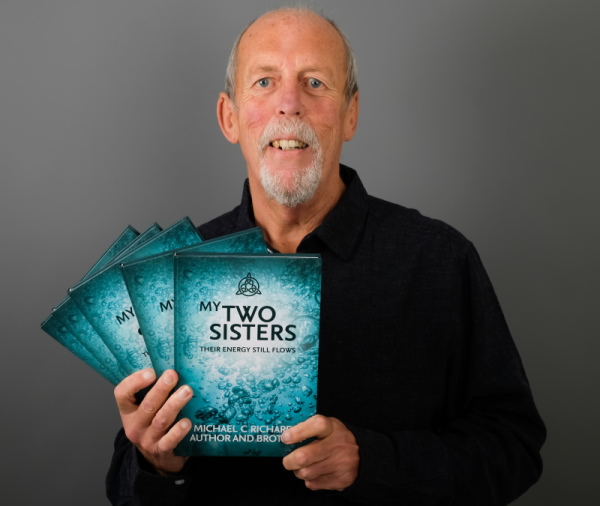 Mike with copies of his latest book, My Two Sisters.

Michael became a bit of a celebrity in the local press and some radio stations. He was asked to speak on quite a few topics. The main one was how to cope with recession and still grow your company.

The answer Michael gave was always the same. Cash flow is the main priority before anything else. It was no good having great sales each month if they were not being paid for.

Michael would also stress ‘Know your Clients’. Were they struggling? What were they doing? A company profile was always kept on their sales file and any deviating from this and Michael needed to know.

The one thing he had identified was that the top ten clients were all rugby related. Friends that Michael had made locally or at playing level. This helped the company for many years. When money was tight a quick phone call usually sorted it out, although often the majority of the time on the call would be about putting the Rugby World to rights!

It’s a formula you don’t see in textbooks but it worked.

From two people in 1988 (Michael and Patricia), the company was employing 200 people at the start of 1998. Not once in all the years during the growth of Richards Gray did they have to advertise for staff. It came down to a call to the local rugby club asking them if they had any suitable people they would recommend for work.

Michael sold Richards Gray in 2008. He was well aware that even when introduced the Government could pull the rug on Home Information packs at any time. The deal was done on March the 1st 2008 – St David’s Day.

Michael wanted it to be done on this day so that his dad would always remember the date. The only problem was that the deal completed at 3am in the morning. When he phoned his Dad he swore at him and said, “About bloody time, I can go to bed now. I’ll have a sherry to take up with me.”

Deep down a very happy and proud parent.

The final stages of the sale were not without incident. The Sales Director, Financial Director and Operations Director tried to carry out a management Coup. They thought if Michael held on he would get more money for the business. The lure of the green dollar had obviously clouded their vision.

The HR Director also had her own mini coup and was not going to sell her shares. It was not a great time in the Richard’s Household but they all held firm.

Ironically Michael’s forecast was extremely accurate. After Richards Gray was sold, Home Information packs were scrapped because of the media and public reaction and the country entered the next recession.

The rest is history

The rest goes into the history books and will remain there a long time. Some say that the aftershocks are still being felt.

Michael is now Chairman of Conveyancing Data with his son a leading Director on the board.  The company provides the same service as Richards Gray. The house buying is still the same, Home Information packs are tipped to resume but under another name.

In semi-retirement Michael has started putting pen to paper and has become an author.  His vast experience of life has helped him produce five stunning books with his latest, ‘My Two Sisters.’ A true story, being tipped to be a best seller for Christmas.

Michael now lives near Henley-On-Thames with Patricia. He has two children and over the last ten years he and Patricia have been blessed with five great grandchildren and two rare breed pigs.

Unfortunately, the pigs have now gone, but the grand kids have been promised five piglets for them to rear and learn all about the food chain of life, but with no sad ending.

So… all in all, a pretty full life so far.

Where I am going now has always been my aim… to become an author.

Mr Jon Batty, although his sight was impeded he worked tirelessly to ensure the Information Superhighway was a success. A Rugby Club Friend.

Mrs Cat Woodall, our first ever employee to work our state-of-the-art computer system. A second-hand Tandy, which we found out later had been stolen from a company in Cardiff. A Rugby Club friend.

Mr Jon Stebbings and Mr Ben Hobbs for initially carrying out the collection of conveyancing data and both ending up in Senior Manager roles. They grew alongside and mirrored the company growth. Both Rugby Friends.

Mrs Chantelle Stagg, for her endless task of keeping Welsh clients happy and learning the rules of rugby at the same time. She became a friend to rugby.

Miss Becs Todd, AKA Mrs Rebecca Van Zyl, a big thank you for providing the muscle to ensure that bills were paid by our clients. Not easy when you are dealing with the legal profession. Another Rugby friend.

To everyone else who helped us on life’s weird journey, I think we all enjoyed it. Well we tried pretty hard anyway.

The Fellowship of Rugby remains strong, it did us all proud.

One last thing, a Huge Thank You to my wife and children, I would never have got there if I didn’t have you. Life tried to break us but we remained strong.

I devoured this book in two great big enjoyable chunks. The author writes with such honesty and depth that you feel you are experiencing both his hallucinations and his reality first hand. I believe in angels and Mike’s account of what happened before and during his illness makes my belief all the more stronger. A big shout out to this wife, Pat for being so brave. I felt the warmth of the family fly off of the pages too. Well done Mike. I shall be looking out for more of this author’s books for sure.

Really enjoyed this novel as a rugby fan who has been on tour all over the world. Mike Richards obviously knows Rugby and Asia well, and has crafted an excellent thriller which I couldn’t put down – so much so that I cancelled a dinner engagement to finish it. Some great characters, and really hope to see more crime thrillers from this exciting newcomer in the near future. Highly recommended!!

Rob Heginbotham, April 2019
Amazon, Paperback
Scroll
We use cookies to ensure that we give you the best experience on our website. If you continue to use this site we will assume that you are happy with it.Ok