The books lead us to Hong Kong and Asia, the big city World of finance, the new planet called Zoomberg and the animal kingdom with the Mangalitza twins. A very varied journey through life’s experiences and imagination.

This was the first book off the blocks in 2019 – a fictional story entwined with fact. It was written about my experiences in Hong Kong, Kuala Lumpur and finally Manila.

The chaos and manic existence of life in Hong Kong, the sophisticated presence of Kuala Lumpur, with the arrival of F1 at the Sepang racetrack.

The country had gone all out to impress the world of its intention to become the host of such huge sporting events. The F1 supporters were very impressed with everything on offer and it has now become a regular feature in their hosting of this event.

Then we arrived in Manila; my breath was taken away from me, words failed me, I walked around in a daze to start with but quickly learnt you had to be smart to survive.

I had never seen such poverty and opulence running alongside each other in such a small confined area.

The Shangri-La hotel where gold leaked from every wall, every floor and wrapped you up with their gold ceilings, to the shanty towns within a ten minute walk where two sheets of corrugated iron suggested you were a man of money in this barren land.

The memories are still there in my mind and will probably never leave that isolated section of my brain.

Opulence, poverty and violence all thrown together in a melting pot of nationalities. Gun law was the only thing that glued these three fractions together. It did work but at what cost I will probably never know.

However, it did work, since my trips in 1997 and 1999 the city has become an icon of Asia. Poverty still remains but it is now more pleasing to the eye.  That is, it has been removed from the eyesight of the regular tourists.

From what I am told Manila is a thriving bustling city and financially strong.

Again, this was written through personal experiences, but the poverty of Manila was replaced by the financial magic of the big cities of the world, where millions of pounds, dollars, euros could be erased by the touch of a computer keyboard.

The City of London still has a huge involvement in the World’s financial markets. What it struggled to cope with was the information superhighway that social media brought to the table.

If managed correctly it could be a great benefit, if not it could be a killer and one young lady fell in love with a certain platform and used it for her ultimate goal, revenge.

This book was of particular interest to me, having experienced so many problems in the workplace because of social media. It became an HR department’s nightmare and from what I understand still is.

The first book written and published by Lola Grace Richards, nine years of age and my granddaughter.

She wanted to write a book, but she needed some help. However, my help was kept to a minimum – she knew what she wanted and was sticking to her plans.

She wanted the text handwritten, she wanted the drawings to be her own work and anything I said from a technical point of view was not going to get in the way.

Her imagination was incredible, her sarcastic humour was so sweet and innocent and the beauty of it was that she did not recognise how mature she had become in organising all of the different aspects of publishing a book.

She created new beasts, with new names very similar to existing names but just with a little twist.

There were some things I needed to provide help with, but these were more technical, enhancement of print and definition of some of her sketches. A big thank you to Chris Mercier for his help on these points. His skills alongside Lola’s imagination cannot be beaten.

To finish the year off for Lola, her front cover of the Evil Alien Carrot was in the top twenty covers for 2019, organised by All Author Inc, based in New York. A nice little Christmas present.

Then we come to the final book of the year – Mangalitza Madness, a book about two rare breed pigs who captured the imagination of the world with their antics from two very small piglets, until they both reached adulthood as 24 stone male boars. They managed to acquire 4,000 members of their fan club on their journey of life.

The book was written very much tongue in cheek and was dedicated to my Auntie Glory down in Cornwall. Her husband, my uncle Donald, introduced me to the wonderful world of pigs at an early age and had me riding one old sow around the farmyard at the age of four. The memory has lasted with me right up to this day.

I hope the pig’s fans thought I did the pigs justice portraying their life through their eyes.

Pictured above is my Auntie Glory with the book.

2020 is the year that I finally start putting pen to paper or shall I say converting handwritten dairies to a readable format for people to understand my quest to find my older sister and to further explore the presence of my twin sister.

The first book, My Two Sisters, Their Energy Still Flows will be out soon. It will change your perception about life and death. 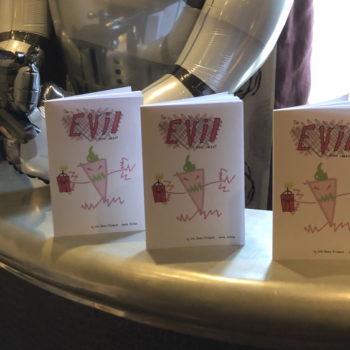 My Two Sisters, The Project So Far 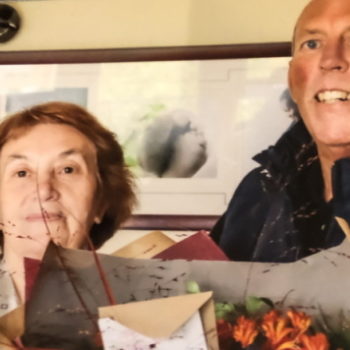